On Quebec City, my favorite Canadian city with Vancouver, its anglo rival. French has multiple words for the type of affair you’re having. What Vancouver and I had would be called an aventure– a brief affair. Ours lasted 24 hours. A liason is a longer, more involved indiscretion.

I headed to Vancouver to give my best friend, who I have known for over 15 years a good time before her impending marriage. Note, I did not write “one last” good time because we’ll be having good times well into our 80s. Maybe even our 90s.

Whenever I head out on the road (often), I pretend I am Hunter S. Thompson or Jack Kerouac. Don’t worry. It’s less about peyote; more about legal, goofy fun with sunglasses and loud music. 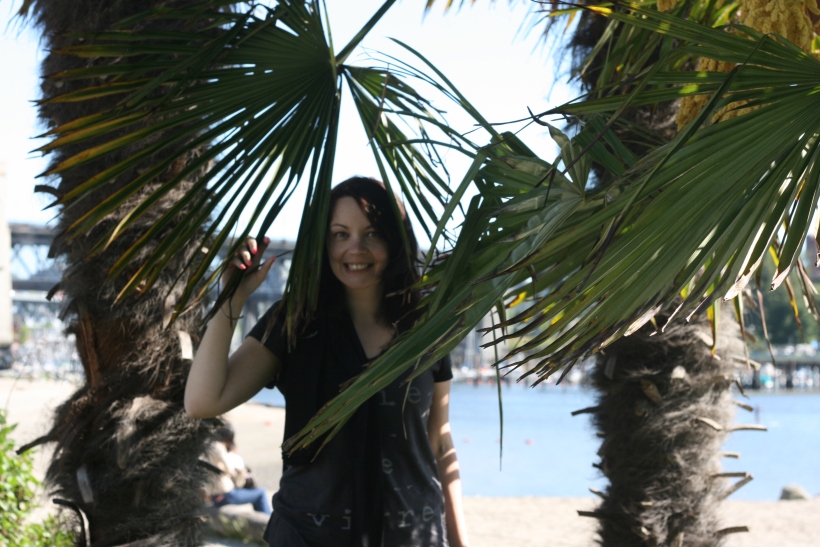 The only palm trees in Canada. Like I said, goofy fun.

I get sad because all my road trip idols are men and the only road trippin’ women who come to mind are Thema and Louise.

They’re fictional. And they drove off a cliff…

Bachelorette roadtrips are tricky to pull off in one’s very-early thirties. We’re too refined for penis veils and projectile vomiting outside nightclubs. We’re (somewhat) classy ladies, but still want a wild time.

So what do you do? You go to Vancouver.

Devils in a Canadian City. 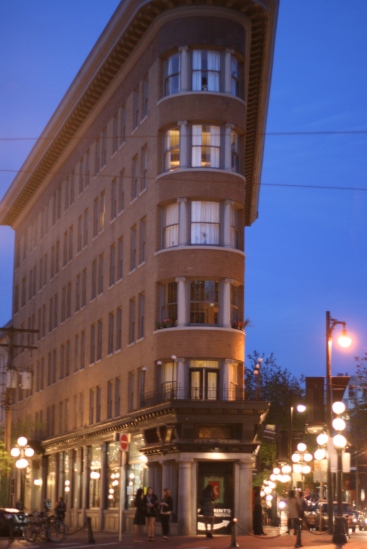 We drove. Two and a half hours from Seattle, about three and a half with the detour around the fallen piece of freeway. Don’t let it deter you, Seattlelites, it only adds 45 minutes to your Canadian adventure.

We went through customs. I forgot my car window wouldn’t roll down. So I surprised the customs agent by opening the door.  Customs agents are more stern than the guards at the Buckingham Palace. Don’t joke with them. I once forgot I had an orange in my purse and they interrogated me so sternly I thought I was going to end up on Locked-Up Abroad.

We walked all through Stanley Park. You can’t really leave the city and say you experienced it without a walk through this ginormous park. 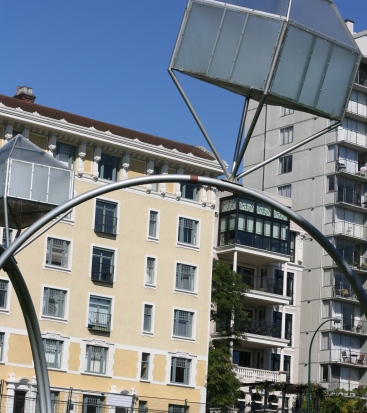 We found the only palm trees in Canada. And a store where you could get a hammock for your studio apartment. Sometimes ignorance is bliss. Every time I sit down on my worn, second-hand couch, I think I could be in a hammock. It’s killing me.

We sort-of island hopped. I wanted to see Granville Island, which is a similar idea to Seattle’s Pike’s Place market, but expanded to fill an entire island. It’s a good place to visit if you’re a chef or a family with small children. Not so much for a bachelorette. Next.

We inhaled salads and Morroccan sweet potato bruschetta at Speakeasy (West End).  I recommend it if you’re looking for a good terrace, but the food is just ok. The sweet potato bruschetta was served on what-tasted-like lightly toasted Wonder Bread. Still, the caprese salad was flippin’ fantastic, a rating I normally reserve for unhealthy eats.

We drank al fresco (Gastown). While Vancouver is sleek and modern, Gastown is a tangle of cobble stone streets and outdoor balconies. It’s a mix of diners and dancers, the ideal spot for a pre-club drink or to see a band.

I am deeply in love with terraces. I don’t even care if it’s chilly. 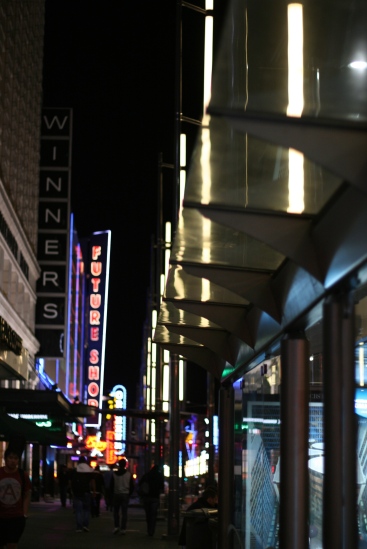 Is Vancouver the Vegas of Canada?

We danced (Granville Street). It is somewhere in an ancient bachelorette rule book that the bachelorette has to dance. I hate the creepy dudes and the overpriced drinks at clubs and normally avoid them, but I love to dance. I honestly believe dance could remedy all sorts of aliments: depression, boredom, constipation.

Our waitress at the Speakeasy recommended the Cellar (that’s a funny sentence) and so we headed there. The good thing about this age and being married and being well aware of who I am is that I didn’t care to even change out of my t-shirt. I just danced, had a good time, stayed safe and went home. At 3:00 am.

2 thoughts on “24 Wild Hours in Vancouver”

Leave a Reply to Browsing the Atlas Cancel reply