At a well-attended reading here in Seattle, Patti Smith said (paraphrasing), when you travel, keep no expectations, because a place can rarely live up to them.

This made me think of my grandma, who loved her Irish ancestry but never went to Ireland because she was afraid it wouldn’t meet her expectations. The fantasy she had was far better than reality could provide. 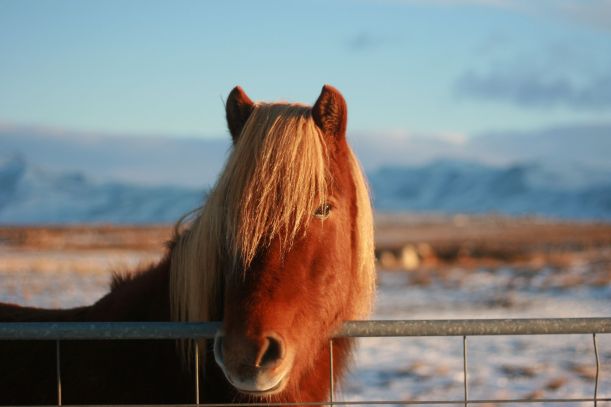 “I am afraid I would be disappointed,” she told us. At the time, it seemed silly and kind of sad, but now I get it. She wanted Ireland to be this perfect place and kept it that way.

I went to Iceland in November, right after the election. It was great timing; after Tiny Hands was elected president, I really needed to de-stress in natural springs.

I should have known better; I am well-acquainted with nature and I realize that it’s meant to surprise you. You never see whales when you’re looking for them. Or you do, but they’re less exciting than what’s in your mind. You never see shooting stars at the perfect time (at least, I never do). You see them when you happen to look up. That’s the magic of it. 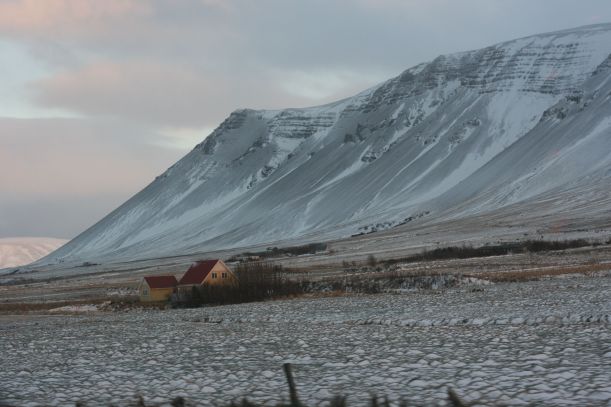 Everyone asked us why we would go to an arctic island in winter. And when we arrived and it was still pitch black at 9:00 am, I started to wonder myself.

It had all the makings of a terrible trip. Expensive food ($16 for a glass of wine). Icy roads. Unpredictable weather—the only thing predictable was the wind, which was so strong (and so consistent), at times we struggled to open the car doors.

But that’s the thing – because I tried NOT to imagine what Iceland would be like, what it SHOULD be like, I enjoyed it for what it IS. Unspoiled nature. Snow-covered lava fields. Birds diving into the roiling ocean.

So no, we didn’t see the Northern Lights, but I really wanted to photograph an Icelandic horse. Icelandic horses are more than just hip ponies with emo hairstyles. They are half-wild, they have two extra gaits and if an Icelandic horse leaves the island, he or she can never return. 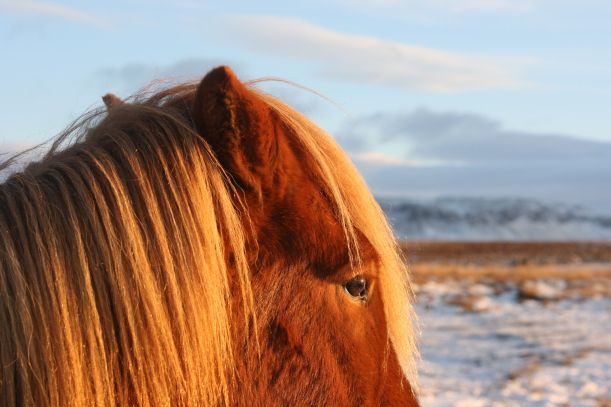 We were driving on the Snæfellsnes Peninsula.

“Stop,” I shouted (not something you should do on an Iceland road in winter.) “There’s a horse.”

There was this beautiful red horse, just standing right by the side of the road, bathed in golden light. And I swear, it started posing. Because Iceland is so far North, the sun seems like it’s constantly rising and setting. ‘Magic hour’ is more like magic four hours. The horse turned vibrant red, all of its cinnamon highlights shining in the light.

There were other unexpected surprises. Insanely good hot chocolate topped with real cream. Walking between tectonic plates. Looking over Icelandic parliament and crying a little bit at the place where the first woman in the world was elected “head of state,” aka president.