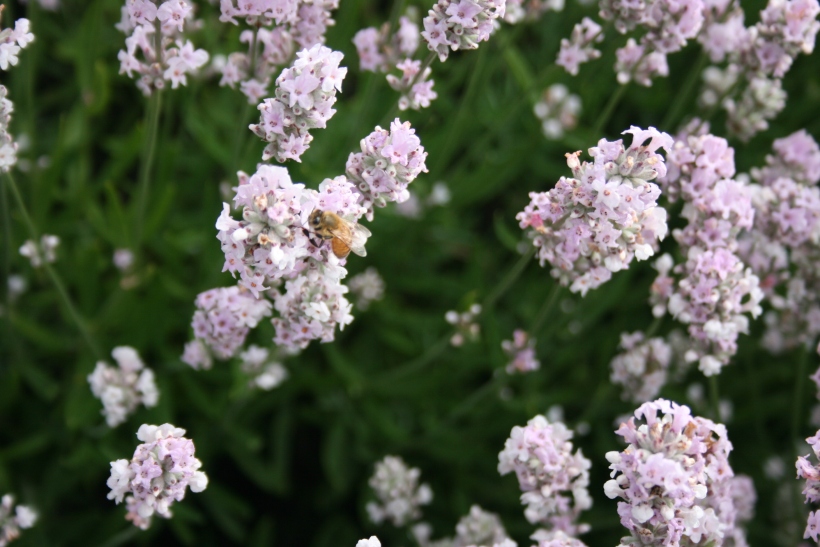 Just a wee bee. Aren’t we all?

I decided to eliminate a number of words and phrases from my vernacular.

I will never write “I think” in a work-related email again. I didn’t realize how weak it made me seem. Especially if I use it when I don’t think, I know. Would you rather take directions from someone who said, “I think the store is that way” or, “the store is that way?”

French eliminated superfluous words from my vocabulary, because well, my French vocabulary is so limited. In French, I will say, Oui! After everything. When I am explaining something, most of the “likes” are replaced with “uhhh” as I struggle to find the word in French. If I let an “uhhh” linger too long, the person will just start speaking English to me. That feels like getting kicked in the chins.

I did get in a bad habit of saying, “Je pense.” Beaucoup.

Ps. did you know, ponce (how I want to spell it) is British slang for a pimp?

Think about I Think in a professional context. Who wants I Think Sheryl managing a department or business?  “I think we’re about to go bankrupt.” “I think we should lay-off Jerry.” “I think this ad campaign will get us more revenue.” Way to fill us all with confidence there.

Women speak and write this way because we’ve been conditioned to. Get out of the habit. You’ll feel stronger. More direct.

“Yeah, I was such a badass in that email.  I didn’t even put a smily face after the end of my request for more paid time off.”

Just and I get along just fine when it refers to fair or time. The sun just came out. It was a just decision. Good things.

But Just as an adverb can be one of the meanest words in the dictionary. Have you ever had someone say JUST to you, to devalue something or someone you care about? You’ll know what I mean. That pompous J has a way of dismissing feelings and importance.

“She’s just a cleaning lady.”
“She was just a friend. Try losing a parent.”
“It’s just a bee. Kill it already.”
The dictionary.com example sentence fills me with anger.

He was JUST a clerk until he became ambitious.

Maybe “Just a Clerk” had a large family to feed. Maybe he was an especially ambitious Clerk who dreamt of owning the grocery store where he worked. Maybe when he went home, he wrote beautiful poems or painted amazing pictures of blackbirds. Maybe he didn’t want to buy into the bullshit that a better job title makes someone a better human being. Maybe when he became “ambitious” and lost the “just” it was more him getting sucked into the hamster wheel.

Just does have a way of putting things into perspective when it refers to things. Or situations when you’re nervous and you don’t want to be.

I am determined not use Just ever to destroy or diminish or make a person feel like their pain or job is insignificant. If you’re in my life, you’re important to me, you’re not JUST anything.

This includes my houseplant, who I have secretly named Gertrude. She miraculously survived the great drought of “Shit, I Forgot I Have a Plant” and being tipped over twice. Her job is to class up my shoebox apartment and she does it beautifully.

PS. I hope you enjoyed this interruption from my normal travel slant. That’s because I’ve been traveling! I’ll be back soon to tell you all about how I almost died of consumption, (not the lung kind, the eating-too-much kind) and a fun new kind of tourism coming to a farm near you.

7 thoughts on “My War Against Weak Words”