What can I say about Portland that hasn’t been said before? It’s hip. Like, grow-your-own-rhubarb hip. Make-your-own-moleskin-journal hip. Pig’s-head-in-a-trucker hat hip.

I normally don’t go in for hip. I hate hip. But in Portland, people are friendly, t-shirts are in, and the donut scene is certainly superior. I liked it more than I thought I would.

I drank Spanish cocktails in a floor-to-ceiling booth at Huber’s. I went to Powell’s and almost cried, not because the immensity of the bookstore, but because people were milling about happily inside. People still love books.

I did Portland things and have Portland pictures. 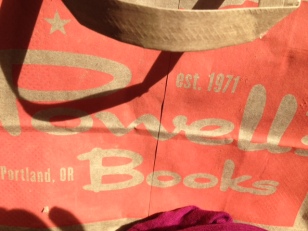 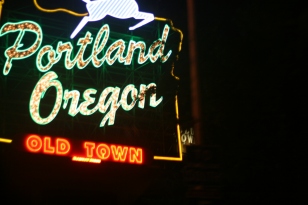 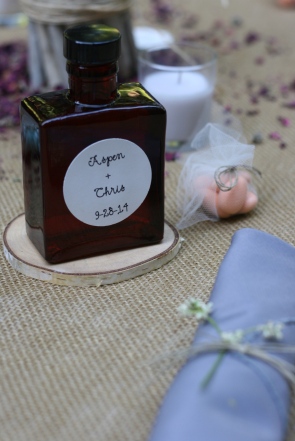 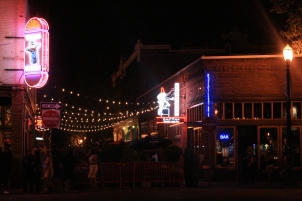 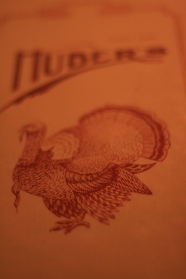 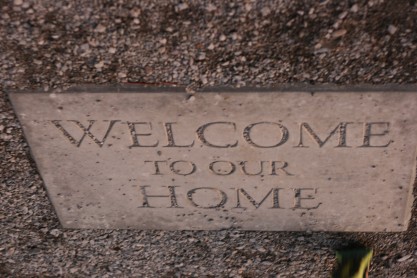 The boston terrier in his natural habitat.

I hesitate to call anything a series because it’s such a big commitment, but yes, periodically, I will be rounding up all the little everyday adventures in my everyday life.

First of all, I’d like to announce the winner of my first giveaway. Congrats Caitlin of Caitlinstern writes. She writes about writing, shares a lot of great short stories and journals her thoughts about writing. She’s also one of my first commenters from way back when this blog started.

She will be getting a copy of I Thought We Agreed To Pee In The Ocean by Alena Dillon. Even though you didn’t win, pick up a copy of the book, it’s a fun read.

Here is my three-part everyday adventure round up:

I know what you’re thinking: why, the f*ck would anybody send a fax? To weed out certain types, a prospective employer asked applicants to fax, mail, or drop-off applications.

Not knowing anyone with a fax, I went to our local mailing center. Mailing center dude hovered over the machine as it jerked the pages through then spit out a confirmation letter typed in a font I am sure no longer exists:

Your fax didn’t make it. We cannot tell you why. Please shove all 12 pages back into the machine. And make yourself comfortable. You’ll be here for awhile.

Mailing center dude threw up his hands in frustration as I scrolled through in-real-time status updates on my new iPhone. After three attempts, four apologies to him, and $5, I ended up mailing the darn thing.

Moi? Invited? To an exclusive event? I felt like the time this mean girl Lauren invited me to her 10th birthday party as a joke. It’s ok, she peaked in coolness at age 10 so I am pretty sure she went downhill and is now living in a cave or something.

The invite came from Dishcrawl, a social networking organization for food lovers with chapters all over the country. No joke, I was going to my first Secret Supper and had no idea what to expect.

Dishcrawl Seattle organizes (get this) dish battles, a Secret Supper Club, and cocktail wars, where participants sip cocktails from renowned mixologists and then vote on their favorite concoctions and who they think is hottest bartender.

It is the best way to get awkward Seattelites to sit down and socialize. During the Supper Club, you eat with strangers united for a love of food. And the chef comes out between each course to tell you his-her inspiration.

Hold up! What is a Secret Supper?

Real salmon. None of that weak farm-raised stuff.

In general, secret supper clubs and underground restaurants have been “a thing” since the 40s. Wikipedia defines it as an eating establishment run out of someone’s home to avoid zoning and health-code violations. Like a really good dinner party.

I should mention that the Dishcrawl Secret Supper takes place in a real restaurant and I am pretty certain no health codes were violated.

How can I get into such an exclusive event?

I like food, so I signed up for Dishcrawl’s email subscriber list. Julia Simpson, Dishcrawl’s Community Manager says that’s the best way to find out about Secret Supper. She also relayed that this was the first of many and they’d have about one a month. It’s not heavily advertised though and tickets are limited.

Also, words of warning: picky eaters need not apply. This is adventure dining with a special menu created for the event.

How adventurous are we talking?

Can’t believe this is my life.

You will likely eat something you’ve never had before. For me, it was persimmon ice cream. For others, it could be boiled crickets or monkey brains or a sheep’s head.

Ok, I don’t think they go to those extremes, but you don’t get to view the menu ahead of time. It’s all kept a great big mystery, but you are able to send in your dietary restrictions. Might be a good time to mention your “allergy” to baby animal brains.

The secret location is unveiled a day or so before and you don’t get a peek at the menu until that night. They also let you know the style of food you’ll be eating. END_OF_DOCUMENT_TOKEN_TO_BE_REPLACED